Right before the Jewish holidays of Rosh Hashanah and Yom Kippur this past September, my brother gave me a cool book for my birthday, The Jewish Cookbook by Leah Koenig.

I carefully opened up this bulky, not too big, not too small, cobalt blue with metallic gold woven, upholstered “Phaiden” book and nosedived off the diving board into the first page, the foreword, and the first page of every chapter. Each chapter began with such a breadth of ethnic versions, new and old, of appetizers, dinners, desserts, and so much more.

As a young, Ashkenazi Jewish woman with Eastern European ancestry and a joyful childhood of challah, charoses, matzah, and rugelach for the holidays, I was always fascinated in learning more about other ethnic groups that held Jewish food as sacred.

After all the years of going to Hebrew school and long family dinners as a kid, it’s amazing to “go back” as an adult. You can see things differently now, especially in a unpredictable time period where we all learn to reset and have more appreciation for the little things.

This wild inspiration for ethnic influences also peaked my interest when my family and I had the blessed opportunity of a lifetime to visit Israel. We got to hop on a plane, transfer planes in another country, attempted to try to sleep through the correct time zone, and watch the scenes from the plane window go from America to the Atlantic Ocean to the piercing, vibrant, yellow colors of abundant farmland in Munich to the snow-capped mountains of Austria to the glistening blue waters of the Greek islands to the Ben Gurion airport on a perfect sunny day…

We celebrated a family birthday at a hip, North African fusion-style restaurant and rejoiced with shots of Arak. Whether a drink in hand or not, the menu was so awesomely-wildly diversified that we couldn’t decide what to order! It was our first time loving and experiencing so many fusions of beautiful cultures crossing over in such a tiny, off the beaten path restaurant… “Hi!” The waiter came by after the third time asking if we were ready to order!

Here’s some cool, fast wikipedia that we didn’t pay attention to in school: there was a golden age in Spain called “Sephardim”. Then, the Golden Age ended when Christian princes reestablished Christian rule in Spain and Portugal. This was around year 1492. Jews were expelled from both countries. They then immigrated to Amsterdam, North Africa, and the Middle East.

At last, the Sephardic traditions and the lifestyle blossomed like a tall sunflower reaching into the sky. Everything was magical, musical, artistic, creative, fruitful, and festive.  The Sephardic diet was introduced into the world as a kosher extension of the Mediterranean diet, with ethnic influences from Spain, Portugal, and Arab countries.

This called for a ⭐️ wake up call ⭐️ for inspiration, inspiration,💡 on a modern day, “I can’t believe it snowed in October” Monday night in the city!

Here are some awesome Sephardic-inspired, fusion dishes that are so universal to everyone’s liking:

It is SO awesome to see how the traditions of old school Jewish foods are being fused into modern day cuisines from other countries! Bringing classic to the future at its finest. Evolution rocks❗️

Most Viewed Nosh of the Year! 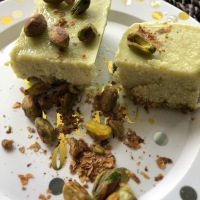 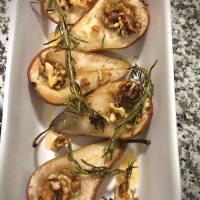 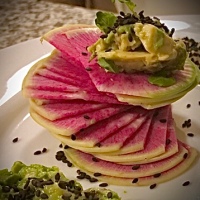 Most Likable Nosh of the Year! 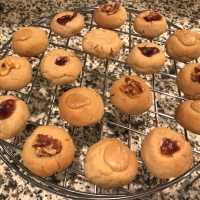 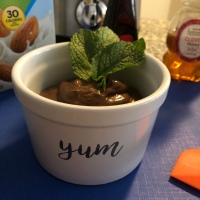 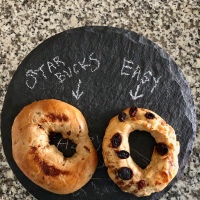